You are here: Home / / Main / Why remove phosphates? 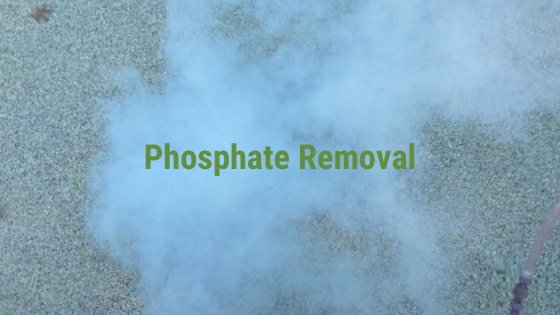 Why remove phosphates? Just a few years ago, phosphates were a topic of debate in the swimming pool industry. Do they really matter? Are they fake news? Why is everyone talking about them, when they were never a problem ‘back in the day’?  Let’s get into it. 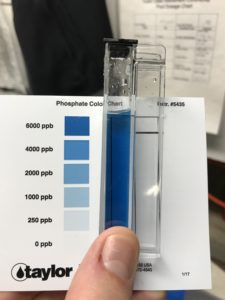 Phosphate test kits usually only measure orthophosphates, which can be deceiving to a pool operator. We say that from experience, because many times a phosphate test will show very low (or no) levels in the water, when in fact there are phosphates. The reason being that condensed and polyphosphates will eventually break down into orthophosphates after enough time in the presence of direct sunlight and/or an oxidizer like chlorine. And this is confusing too, because part of the problem with phosphates is they cannot be oxidized and removed by chlorine. But they can be broken down into their most common form, orthophosphates.

Why are Phosphates a problem? 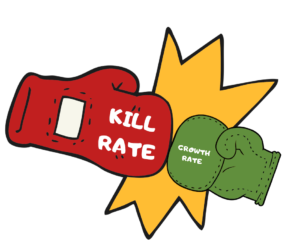 Phosphates are an essential nutrient for microorganisms (and not just algae!). Every living pathogen that chlorine must protect swimmers from requires phosphorus to grow and reproduce. Pool operators often recognize an increase in chlorine demand, a lower ORP, and an overall decline in water quality when phosphates are high. We thought orthophosphates directly interacted with chlorine and weakened it, but that is not the case. Phosphates reduce chlorine in an indirect way.

Sanitization is basically a race between the kill rate of the sanitizer (chlorine), and the growth/reproductive rate of the living contaminant (algae).

A helpful visual is to think of sanitization as a boxing match. As long as the kill rate of chlorine stays ahead of the growth rate of the contaminant, you will never have a problem. Contaminants are constantly being introduced to swimming pools, and its in their nature to try and reproduce. So we must consider this a constant battle. And if the growth rate eventually does exceed the kill rate, the water will have an outbreak. In the case of something like green algae, a pool can flip from clean to green in a matter of hours when conditions are right.

Those conditions are a reduced/pre-occupied/over-stabilized sanitizer, and an abundance of essential nutrients. These conditions together create a problem called eutrophication. 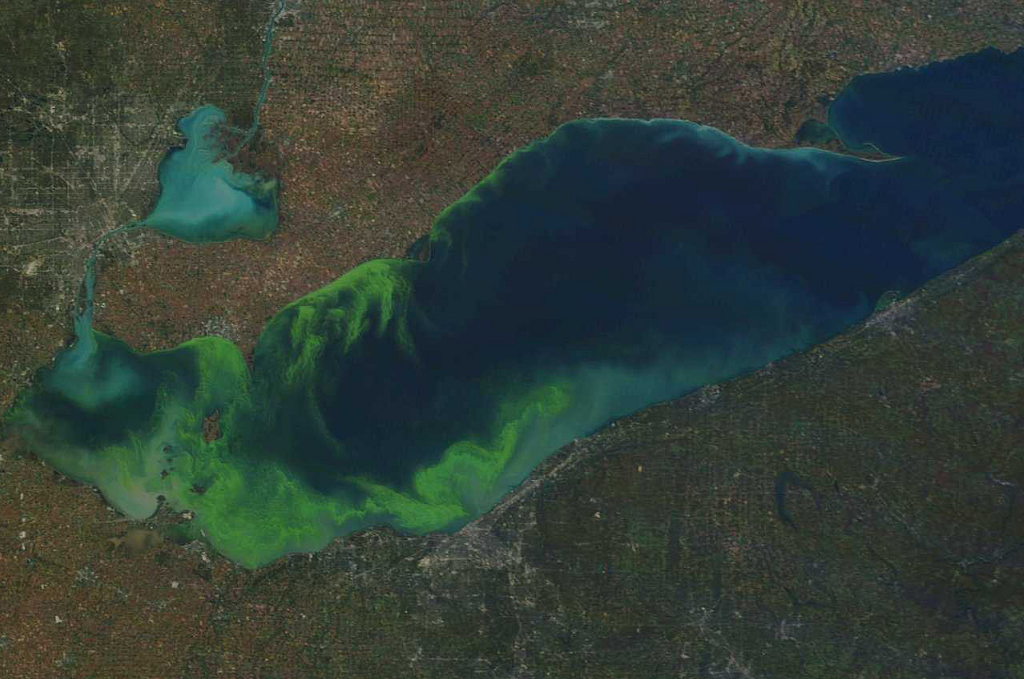 The algae bloom in Lake Erie. This is what eutrophication can lead to. For scale, the city in the top left is Detroit, and in the center below the lake, that’s Cleveland.

Eutrophication is when an algae bloom can grow so rapidly that it starves out other life. In a pond or lake, for example, algae can grow rapidly and cover the water’s surface. When it does that, it blocks out the sun, starving seaweed at the bottom from getting its necessary sunlight, so it dies. It can also kill fish and other living organisms. Eutrophication leads to disruption in the ecosystem. And hopefully, in swimming pools, you never have an ecosystem in the first place. Chlorine, secondary sanitizing systems, and supplemental chemicals should help keep your water clean and clear of all living contaminants.

Speed up the Kill, Slow down the Growth

There are two sides of the sanitization battle that we can impact. First, we can free up chlorine and optimize it, so the kill rate is as fast as possible. To do this, we enlist the help of AAD Enzymes, which devour bather waste like sunscreen, cosmetics, lotions and body oils. That frees up chlorine from a major burden, leaving more of its residual to sanitize. We also encourage the use of secondary sanitization systems like UV and Ozone. Ozone is more appropriate for outdoor swimming pools because the main contaminant in outdoor pools is sunscreen…which directly blocks UV light. The other major way to optimize chlorine is to keep Cyanuric Acid (chlorine stabilizer) to a minimum. Overstabilization is a huge problem with pools that use stabilized chlorines, like trichlor and dichlor.

On the other side of the battle, we can slow the growth rate of living contaminants by removing their nutrients. Primary among them is phosphates.

Why remove Phosphates? Why not the other essential nutrients?

There are three major nutrients that all living cells need: Carbon, Nitrogen, and Phosphorus. For plants like algae, carbon is consumed in the form of carbon dioxide, which is everpresent in water as a byproduct of pH and alkalinity control. There’s nothing we can do about that because we need CO2 in our water. Nitrogen compounds are introduced by bathers and the environment around the pool. Nitrogen is attacked (oxidized) by chlorine, which 1) consumes a lot of free chlorine, and 2) creates disinfection byproducts (DBPs) like chloramines. Nitrogen compounds like urea and ammonia will eventually be broken down by chlorine until they are either off-gassed as trichloramine or reduced down to Nitrates. Nitrates can no longer be oxidized, and can only be removed by draining water (or reverse osmosis). Like carbon, there’s no practical way to remove nitrogen from the equation. 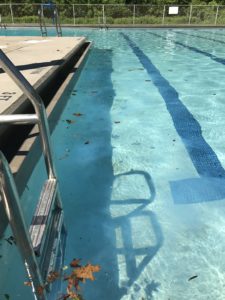 Phosphate remover clouds up water. The white cloud will eventually fall out as a fine powder to be filtered or vacuumed out.

And that leaves us with Phosphorus, which comes in the form of phosphates.

Concentrated Phosphate Remover (CPR) easily and safely removes phosphates. CPR is a biodegradable chemical that reacts on contact with phosphates of any kind, crystalizes them, and flocs them out of solution. The reaction forms a white cloud, which eventually falls out as a light powder-like precipitate. This precipitate must be vacuumed and/or filtered out. For those of you with regenerative DE filters, that means your filter will capture this precipitate and will build pressure in the system, so time a phosphate removal treatment right before a planned media dump/replacement.

Once CPR has reacted with phosphates, they become inert and harmless. That being said, phosphate levels tend to rise over time because they are constantly being reintroduced to the water.

How do Phosphates get in our water?

There are three main ways phosphates get into swimming pools.

Phosphates are a problem in pools, and chlorine cannot directly remove them through oxidation. They fuel the growth rate of contaminants like algae, and the reproducing algae cells consume more and more chlorine. So chlorine demand goes up, and efficiency goes down. In the battle for keeping the pool clean and safe, called sanitization, its a race between the kill rate of chlorine and the growth/reproduction rate of a given living contaminant. If the growth rate of the contaminant ever exceeds the kill rate of chlorine, you will have an outbreak.

We can optimize chlorine’s kill rate by removing obstacles that slow it down, and we can deliberately slow the growth rate of algae by starving it of one essential nutrient: phosphates. Phosphates are the one nutrient we can most easily and safely remove without consuming more chlorine or draining the pool. So in conclusion, remove phosphates regularly to keep its levels low enough that eutrophication is not a risk in your water. CPR will do the trick.